A Measure of Moses A Hero, Tested by Fear 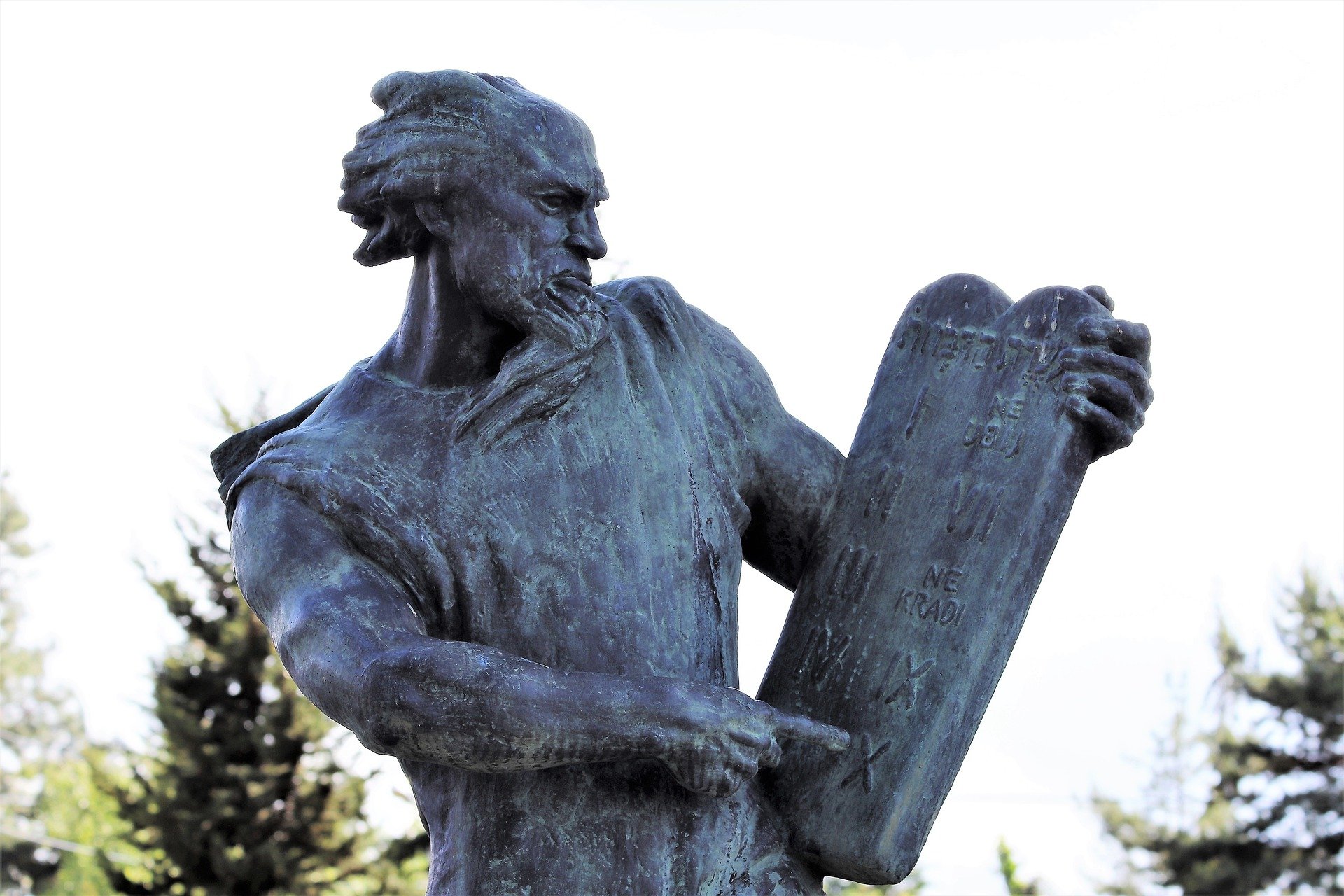 Most people have at least a passing knowledge of the man called Moses.  Even those who are not members of the faith, or who are not as versed in the Word can claim familiarity with this shepherd and his story.  Many would consider him a hero; the man who led the Israelites out from under the yoke of their Egyptian masters and delivered them to the Promised Land.  He communed directly with God and passed down commandments unto His people.

What is lesser-known, however, is just what kind of man Moses was.  Truly he was a figure larger than life in the Christian tradition. A champion chosen by God himself, possessed of courage and a sense of justice.  Even so, he was far from perfect. Moses struggled with a speech impediment, a “heaviness of the tongue” that precluded him from immediately becoming the powerful leader that the Israelites needed.  More perhaps even than that, Moses struggled with fear and a sense of belonging.

Let us speak first of Moses’ status as an outsider.  It’s true that Moses was an Israelite. He knew that he was an Israelite, despite being raised as an Egyptian prince.  The method through which he learned this is not entirely clear, but it is likely that the knowledge was no secret to those close to him.  Pharaoh’s daughter remarked directly on his heritage even as she drew him in with the bathwater, suggesting Moses had been circumcised in accordance with Abrahamic law.

So Moses was genealogically an Israelite, but he was not treated as one by the Egyptians nor by his own people.  Sigmund Freud even postulated that the record of Moses’ heritage is a construct; a lie to hide his origins as a full-blooded Egyptian.  Whether true or not, his immersion in Egyptian culture would have created a huge divide between him and the Hebrew people.

The trend of Moses as an outsider is one that would continue throughout the entirety of his life.  Moses’ wife was not an Israelite, but a Midianite. He spent most of his adult years living apart from the laborers in Egypt, with Jethro’s wandering flocks.  Even when he finally delivered his own flock to the Promised Land, Moses was not allowed to rest there.  By circumstance, his own choice, and even by divine decree, Moses was often a stranger to the Israelites.

Why, then, did he strike down an Egyptian who was beating one of the Hebrew slaves?  It’s easy to think that Moses had little reason to consider the slaves to be his own people.  This battle was not his.  Even so, when confronted with such cruelty, he acted without regard to the consequences.

So arises another key point of Moses’ character.  Specifically, he was possessed by a powerful sense of justice.  Moses did not like to see the cruelties Pharaoh unloaded upon the slaves of Egypt.  He struggled to turn a blind eye to the hardships his people, however distant they were, had to endure.  Moses acted in accordance with his own sense of justice, but this did not save him from the fallout. Fearful of what would become of him when Pharaoh discovered his act, Moses fled.

He may have been considered a hero by many, but Moses was no stranger to flight and fear.  He fled from Egypt, and he balked from the mission God placed upon him at the burning bush.  It’s likely that he struggled with self-confidence as well, given his speech impediment and his status as a stranger to his own people.  Such a man, mighty though he may be, would experience fear every time he spoke in authority. Indeed, fear must have been Moses’ constant companion.

Even so, he confronted Pharaoh and freed his people.  In spite of his fear, and bolstered by his companions and the Word of God, Moses was able to fulfill a foundational role in the history of the Hebrew people. In a very real way, he became the ultimate example of what it meant to be Hebrew.  Through his leadership and lawgiving, Moses left an impact that would define his people for centuries to come.

This is by way of the final aspect of his personality to consider.  One which places all his other traits in a new light. Courage. Moses’ courage was not the ability to ignore fear.  Rather, it was a steadfastness, a sense of right and virtue that allowed him to press on in spite of that fear.

There is no doubt that Moses was a hero of the people.  He was a powerful enigma. A man who gave his all for the Hebrew people, and yet could not join them at the end.  Instead, he was called by God to pass away outside the Promised Land. At the same time, he was deeply human in his nature.  He suffered fear, embarrassment, guilt, and pain just as any other man. It was his ability to endure these mortal hardships, to rise above his challenges by the grace of God, and to trust and love his people despite being an outsider that allowed him to achieve such greatness and be remembered by all today.  That is the measure of Moses.